You are here: Home1 / News2 / ANC trying to rush through new road accident scheme that could reward drunk... 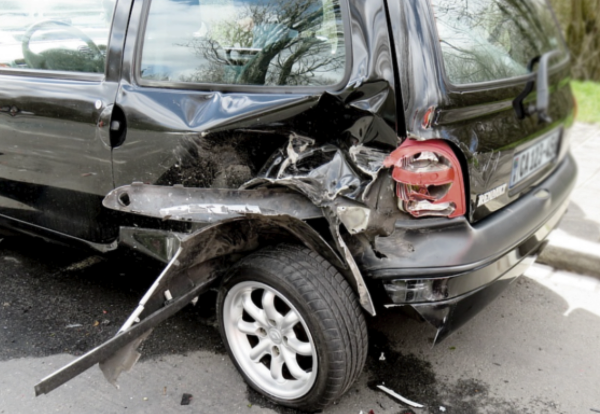 The controversial Road Accident Benefit Scheme Bill (RABS) has been reintroduced to Parliament – despite near-universal opposition to a clause in the bill that could reward drunk drivers who cause accidents on South Africa’s roads.

The bill was previously introduced to the National Assembly in December 2018, but failed to pass after all opposition parties staged a walkout, leaving the ANC unable to push it through.

While the portfolio committee on transport adopted the bill, and the NA majority agreed to debate it, after discussion in the house, the IFP, DA, EFF, UDM, COPE, ACDP and FF+ all rejected the bill, leaving the ANC as its only proponents.

The main sticking point with the bill is that it provides for a system of ‘no-fault compensation’ for road accident victims – which could in theory allow for drunk drivers and other negligent drivers to benefit from the system.

The bill has also been criticised for removing motorists’ ability to make claims from the road accident fund through independent lawyers, effectively limiting options to claim money back.

Opposition parties said that the bill was being pushed through as a political ploy ahead of the 2019 elections, and called for an independent review of the bill. The passing of the bill was then delayed to 2019.

According to Kirstie Haslam, partner at DSC Attorneys, the bill is now once again on the Order Paper in the National Assembly, and its proponents will in all probability seek to pass it this week.

“This is despite universal opposition to its introduction in the National Assembly last year, when it could not be voted on at least twice due to a mass walk-out by every single opposition party, and further in light of the public outcry surrounding the moral obscenity of rewarding drunk and reckless drivers for their conduct,” she said.

Haslam stressed that the intended scheme is also unaffordable.

“By its own admission the Department of Transport acknowledges that the estimated 75% increase to the RAF fuel levy (needed to fund the new scheme) will only be the starting point, and additional taxes will have to be introduced to fund it, offering little in return.”

“How on earth does government plan to finance this monstrous scheme, when the taxpayer is already grossly over-burdened?”

According to Haslam, the government is trying “to get blood from a stone” with the imposition of seemingly limitless levies and taxes on road users and taxpayers, “to no good end”.

In his budget speech, finance minister Tito Mboweni announced an imminent increase in the RAF fuel levy of 5c/litre, noting that this was “not enough to match the fund’s R215 billion liability” and urged the prompt reintroduction of the RABS Bill in order to “help stabilise fuel prices.”

Haslam said that this is an alarming statement.

Notably, the oft-quoted R200 billion+ “liability” of the RAF has been used to mislead the public at large as well as Parliament, she said, adding that the RAF is a pay-as-you-go system, not a fully funded one.

“As such, it is inappropriate to refer to accumulated liability in this context,” she said.

“The fact is that since the introduction of the 2008 amendments to the RAF Act, the RAF has been cash flow positive in a number of years, including the last 2 reported years.”

Additionally, Haslam said that the department’s own conservative calculations are outdated, and that a minimum 75% increase in the RAF fuel levy will be only the starting point in terms of funding RABS.

“This cannot by any imaginable means suggest stability,” she said.

Other ramifications of the bill include:

With one of the highest road fatality  counts in the world – ranking 38th internationally – it is highly inappropriate for South Africa to even contemplate the introduction of a no-fault system, Haslam said.

“There are numerous examples of where no-fault systems have been introduced and have failed – including in first world countries with significantly lower road death tolls – with those countries reverting to a fault-based system.”

“I would strongly urge Minister Mboweni to closely scrutinise the proposed financing model for RABS and consider the impact on the man-in-the-street,” she said.

“There is every danger the introduction of RABS will make the horror stories of Eskom and other SOE’s pale into insignificance.”

What the bill will change

The RABS is set to replace the current Road Accident Fund and will act as a social security scheme for the victims of road accidents.

Some of the major changes introduced by the bill include:

GOING THE DIRECT ROUTE – BE WARNED
Scroll to top