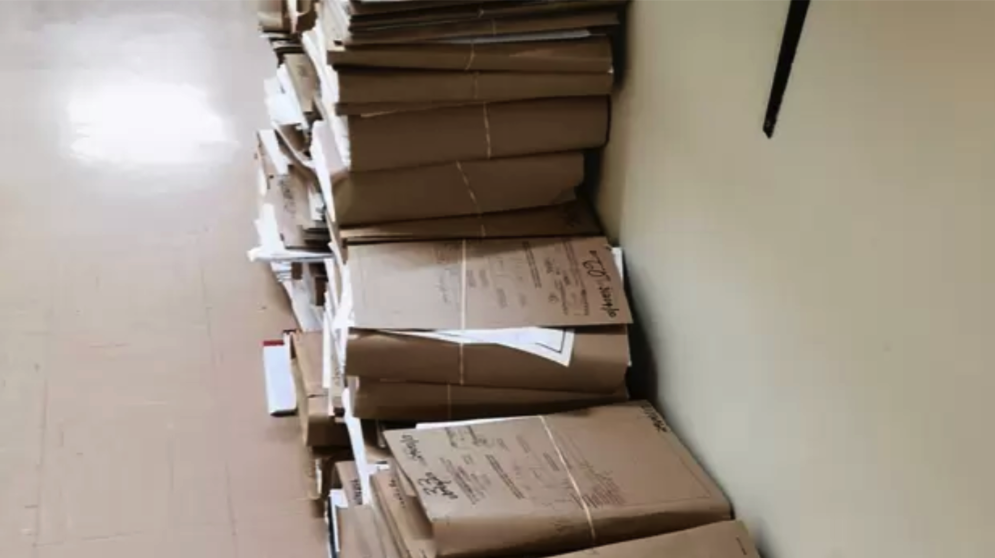 Some of the files in court.

Pretoria – A practice directive to regulate case management and the enrolment of trials at the Gauteng High Courts, Pretoria and Johannesburg, has the legal fraternity up in arms, with them saying rather than alleviate congested court rolls, it will have a devastating effect on the public who wish to bring their cases before the courts.

Judge President Dunstan Mlambo this week issued a lengthy document on how cases will be managed from July 1. This document contains step-by-step directives of what must be done before a civil trial can start.

Attorneys who unreasonably frustrate the objectives of the judicial case management process can face a punitive costs order against them. They may even be prevented from charging clients a fee.

Judge Mlambo said in the directive the objective of these measures was in the interest of justice, and meant to alleviate congested trial rolls and to address problems which caused delays in the finalisation of cases.

It was reported last month that there was a backlog of about 6000 Road Accident Fund (RAF) case files in the office of Deputy Judge President Aubrey Ledwaba – some more than 10 years old. In many cases the medical-legal expert reports pertaining to the injuries of the claimants had lapsed. This meant that new reports – costing tens of thousands of rands – had to be obtained before the cases could go on trial.

But the legal fraternity believes the new directives issued this week will make matters worse. They are especially unhappy with the directive that all trial matters, which prior to July 1 had been allocated trial dates falling after March 31, 2020 (due to be heard after this date), shall forfeit those trial dates. These cases will be subjected to a lengthy new process, set down in the directive.

The high courts in Pretoria and Johannesburg are the busiest in the country. The above cases were all ready to be heard and were subjected to case management, as set down in the previous practice directives.

Advocate Thilivhali Mulauzi, EFF MP for the Justice and Correctional Services portfolio, in a letter this week to Judge Mlambo said the new directives were out of touch with the realities of the day-to-day litigation strain faced by the RAF, Prasa and the MEC for Health. It would have the “complete opposite” effect from alleviating the congested rolls. He said the fact that some cases wo uld have to get new trial dates was “alarming”.

Mulauzi said that removing cases from the roll which were ready to be heard would have a devastating effect on about 8750 victims of RAF cases. This does not include the 6000 RAF matters waiting in Judge Ledwaba’s office. Another grave concern is the costs involved in changes brought about by these various practice directives, resulting in delays in court dates.

A workshop will be held on June 28 to discuss the issues. RAF specialist attorney Gert Nel expressed his hope the matter would be resolved soon as the current state of affairs rendered no legal certainty.

“It makes it impossible to advise a client.”

Mom whose son was blinded by hospital staff’s negligence to get R15.7m...