You are here: Home1 / News2 / Decision on replacing Road Accident Fund postponed to 2019

The initial vote on whether a report on the proposal should be debated was successful, where it scored 174 yes votes and 84 no’s, with seven abstentions. 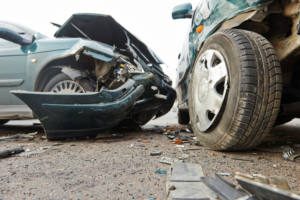 DA chief whip John Steenhuisen said that by excluding the “minority report” delivered by his party in May, which strongly criticised the bill, the house had acted unconstitutionally, and said that the house was ill-advised by the portfolio committee.

But in a stunning turnaround, the IFP, DA, EFF, UDM, COPE, ACDP and FF+ all rejected the bill after it was debated in the house, with the ANC its only proponents.

Steenhuisen said that “irreparable harm” had been done by the matter having appeared in the house without his party being properly consulted, before verbal abuse was hurled between the opposition parties.

EFF members were asked to leave after the deputy speaker, Lechesa Tsenoli, took exception to comments made against him.

While opposition parties, advocacy groups and spokespersons for the legal profession claim that the highly scrutinised bill was merely a mechanism for the ANC to garner voter support ahead of the 2019 elections, their last-gasp motion to slam the brakes on the bill and have it returned to the portfolio committee for transport was rejected by the speaker.

“The ANC constantly stuck to ignoring the constitution, misleading the public, prejudicing the poor and putting party politics before the best interest of the people of SA,” said Pieter de Bruyn, chair of the Association for the Protection of Road Accident Victims.

“An independent review is the only way any form of fairness or sensibility will prevail. We will now focus our energy accordingly,” he said. “Passing the RABS bill is a sad day for democracy and the poor.”

The ANC believes that by cutting out access to common law and insisting that all claims be made directly through the RABS, that it will stop legal professionals from exacting unnecessary funds from settlements and prolonging claims processes.

Transport minister Blade Nzimande said that RABS would be “reasonable, equitable and affordable”.

“RABS will replace the fault-based system, which often results in extended and costly administration,” he said.

“Today we are closing the tap,” he had said before the rejection of the bill.

De Bruyn, as well as various opposition parties, have vehemently insisted that the bill was constitutionally unsuitable, specifically citing its restrictions of claims by minors and the elderly.

It is also proposed that RABS and the RAF would have to run concurrently for at least two decades, which would require at least a doubling of the fuel levy, according to an independent audit of the bill by True South actuaries.

Regarding this fuel hike, actuary Gregory Whitaker said that South Africans could expect to see prices go up by at least R1.44 as a result of this simultaneous funding initiative.

“If the government wants two systems, we’re going to have to pay for them,” he said.

While Nzimande said that it was not true that the ANC was “working with inaccurate actuarial facts”, Whitaker said that based on a second report — which was published based on new information gathered since the audit, including the cost of fuel levies —there was a great deal of uncertainty around the costing of the proposed system.

He said that RABS, which supposedly seeks to reduce the financial burden of RAF, could ultimately be more expensive, owing to the fact that administrator, funeral and an increase to minimum national income have not been costed.

“If cost is the only issue that they’re concerned with, then I’m very worried,” he said.

The ANC’s efforts to have the matter added to Wednesday’s agenda were ultimately futile, and it was struck from the roll before parliament opened.