As South Africa approaches peak driving season, fuel prices continue to be considerably cheaper than a year ago.

The global coronavirus pandemic – which has drastically curbed travel – had reduced the demand for oil which, in turn, led to a record-breaking petrol price cut of R2/litre in April this year.

The price of inland 95 petrol (unleaded) reached a low point of R12.22 in May, but as the oil market started to recover, prices  gradually increased to R15.18 in September. Two cuts followed and from midnight tonight, 95 petrol will be on sale for R14.59.

Diesel prices saw the biggest decline in the past year with prices (for 50ppm grade) down almost 17%.

SA fuel prices are determined by the rand and oil prices, as the country imports the majority of its oil, which is priced in dollar.

This week’s cut was thanks to oil prices hitting a five-month low recently, as the market fretted about the impact on fuel demand as England, France, Germany and Belgium returned to hard lockdowns. 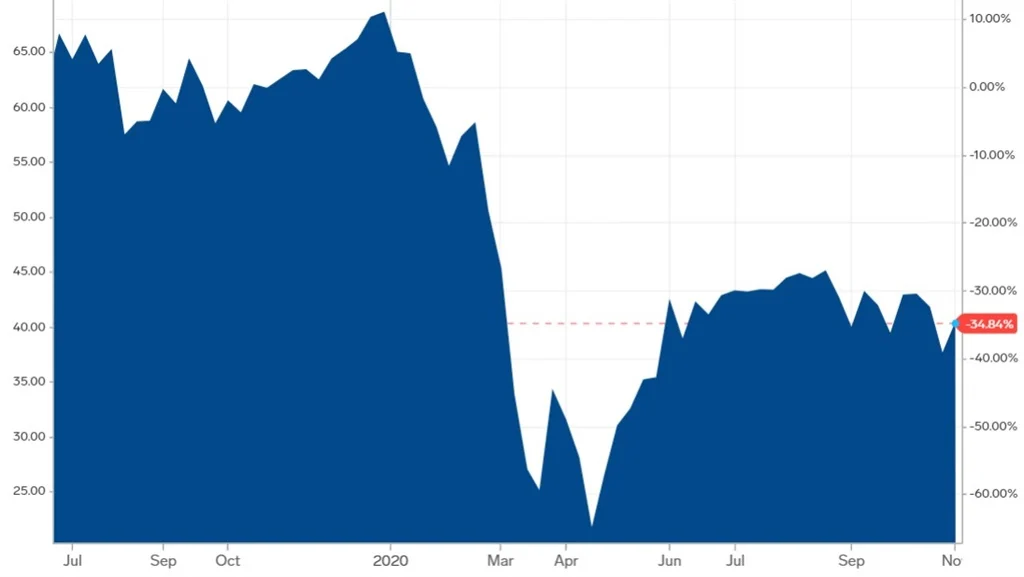 “There will almost certainly be a decrease in petrol prices in December. Our forecast models are showing a 60 cent per litre drop, allowing for a small margin of error,” explains Jayson Dunne, head of commodities at Bastion Advisory. “Though, what we saw in April is unlikely to be repeated. We won’t see oil prices dip to the lower $20 mark again.”

Dunne added that global markets had learnt from the April crash and had since adjusted to better regulate supply. Similarly, secondary lockdowns are not expected to be as severe as before, with freight and trade unlikely to be halted.

While pressure at the pumps has been alleviated in 2020, motorists have been warned of looming fuel levy increases. The general fuel levy currently accounts for R3.77 for every litre of petrol purchased, while the Road Accident Fund (RAF) siphons a further R2.07.

Finance Minister Tito Mboweni, who recently alluded to tax increases during his Medium Term Budget Policy Statement, is expected to raise both the general fuel levy and RAF tax to recoup losses inflicted on government’s coffers during the costly lockdown period.

Mboweni will reveal details of the fuel levy increases during his 2021 Budget Speech, expected to be delivered to Parliament in February. Changes to both levies will come into effect in April 2021.

High Court calls for Road Accident Fund to be liquidated after uncovering dodgy...
Scroll to top