You are here: Home1 / GN News2 / Humps on lawyers’ path to court roll 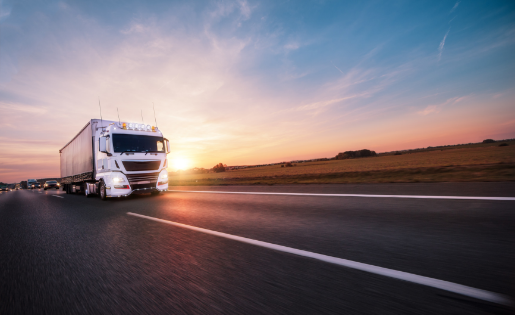 WHILE lawyers welcome the fact that the Road Accident Fund (RAF) is changing its litigation strategy to streamline payouts, the administrative problems to get their cases on the court roll are a stumbling block.

Several lawyers said despite the challenges created by Covid-19 and ongoing litigation between the RAF and its former panel of attorneys, the entity was achieving its strategic goal to turn things round.

The Pretoria Attorneys Association recently raised concerns over the practical and administrative problems faced by practitioners in the Gauteng High Court, Pretoria, which it said was the busiest court in the country.

Tiaan Joubert, chairperson of the association, confirmed having had a meeting last month with Judge President Dunstan Mlambo, Acting Deputy Judge President Sulet Potterill, registrars and other office managers to discuss, among other issues, the concern that no trial matters had been allocated for 2021 yet and the difficulty in the filing of new summonses.

They said no new matters had been allocated trial dates for 2021, despite being trial-ready and complying with the latest Practice Directives.

The association said it had not received any feedback since the meeting nor any formal response to a follow-up letter sent in this regard to address these concerns on an urgent basis.

The new Case Line system introduced in February is aimed at streamlining the litigation process and promoting access to justice.

But the lawyers said it remained problematic, as at the start of the new court term a week ago, several matters did not make the roll.

An attorney said this was a big frustration: “It’s like opening a lucky packet every day; you simply don’t know what to expect as there is no legal certainty in any facet of the litigation process.”

But the lawyers are hailing the efforts made by RAF acting chief executive Collins Letsoalo in turning things around.

The RAF recently opted not to renew the contracts of its panel attorneys, to bring them in line with its new strategic policy, which is aimed at saving the cash-strapped fund money and improving efficiency and service delivery.

A recent report by Parliament’s portfolio committee on transport reiterated that the aim of the RAF over the next three years would be to improve efficiency and sustainability.

These aims, which have been confirmed by Letsoalo on several occasions, include reducing legal costs by settling claims where possible and within a reasonable time and improving service delivery and efficiency by introducing an integrated claims management system.

The lawyers said this was the first time in recent history that the RAF was making a concise effort to reduce costs and improve service delivery.

According to them, the RAF is not settling matters piecemeal, but making a serious effort to ensure that victims receive exactly what they could prove, which was in line with the object of the RAF Act; to provide the widest possible cover to road accident victims.

The RAF decided to change its strategy and save on legal fees where possible as it was estimated that the fund in the past had spent more than R10 billion a year on legal fees.

They also manage to settle matters, thereby ensuring that much-needed settlements are achieved on behalf of the victims attorneys represent.

Because these cookies are strictly necessary to deliver the website, refuseing them will have impact how our site functions. You always can block or delete cookies by changing your browser settings and force blocking all cookies on this website. But this will always prompt you to accept/refuse cookies when revisiting our site.