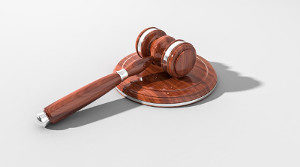 LITTLE Omphile Ngwenya will never be able to walk, talk or eat by herself – all due to the negligence of some doctors and nurses at the Pholosong Hospital in Brakpan.

The now 5-year-old was born in 2012 with brain damage after the medical staff at both this hospital and the KwaThema Clinic failed to act fast enough when it was realised the foetus was in distress.

It appeared that Omphile was too large for her mother Lindiwe Ngwenya’s pelvis. She urgently needed to have a Caesarian Section, but due to staff and doctors dragging their heels, this was done too late.

By the time she was eventually born in the early hours of March 24, 2012, Omphile suffered severe lack of oxygen, leaving her with permanent brain damage.

Her mother instituted a damages claim against the MEC for Health, in which she claimed more than R34million.

The MEC yesterday agreed to settle the matter and pay an amount of nearly R19.2m to the child’s mother. The money will, however, be kept in a trust account and solely be used to make the little girl’s life a bit easier.

Her mother will receive a tiny portion – R135 907 – as compensation for her care-giving to date of the child.

Ngwenya endured severe hardships in taking care of her daughter up to now, without any compensation. Her only income was a child support grant of R380 per month, which she received for each of her four children.

The former domestic worker and cleaner had to give up her job to take care of the helpless child. It was said a doctor at Pholosong Hospital told the authorities she did not qualify for a care dependency grant.

She and Omphile also had to share a two-roomed RDP house in KwaThema near Brakpan with several other family members.

The court was told Ngwenya had a normal pregnancy, until she went to the clinic on March 23, 2012, with contractions. It was established that the foetus was in distress and she was transferred to the Pholosong Hospital.

But by the time the Caesarean Section was performed it was too late and child had already suffered brain damage due to a lack of oxygen. She was also born with a dislocated knee.

It was found that the staff at both the clinic and hospital were negligent. The clinic did not inform the hospital staff about the foetal distress and the latter did not monitor the mother sufficiently to realise that an emergency Caesarean Section had to be performed.

Apart from not being able to ever care for herself, Omphile also suffers from epilepsy.

Ngwenya and her four children share one bedroom in her RDP house.

Ngwenya has to feed Omphile puréed food using a syringe, as she cannot swallow properly.

She also has to turn the child every two to three hours a night. Omphile will moan so that her mother knows she is uncomfortable.

The family was up to now too poor to afford a wheelchair for the child and she was wheeled around the community in a small pram.

It is stated in expert reports before court that, notwithstanding her condition, Omphile loves being around people. She cries to communicate her needs, but is “otherwise a happy baby”.

Her lawyer Monica Janse van Rensburg of Gert Nel Inc Attorneys said they were happy with the settlement. “Little Omphile will now be able to receive the assistance she deserves.”

The world’s largest listeriosis outbreak – what you need to know

Place your trust in your Attorney
Scroll to top