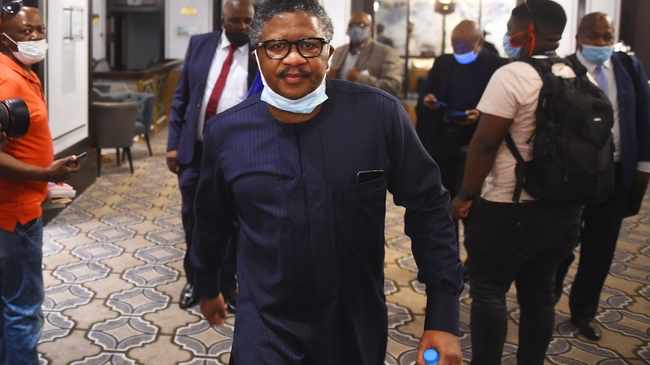 Mayibongwe Maqhina Cape Town – The National Union of Metalworkers of South Africa (Numsa) wants Transport Minister Fikile Mbalula to intervene in the Road Accident Fund (RAF) to ward off the liquidation attempt against the entity.

“We are calling on the transport minister to urgently intervene in the RAF by taking decisive action to ensure that the liquidation does not succeed.

“The RAF must be given space to pay off debt that it owes, and at the same time, decisive action must be taken to clean up the rot,” Numsa general secretary Irvin Jim said yesterday.

Jim made the comments in the wake of the judgment by South Gauteng High Court Judge Denise Fisher in which he called for the RAF to be liquidated or placed under administration.

He said they supported the judgment and welcome Fisher’s intervention.

“However, we believe that given that RAF has a board which was only appointed late last year, and the CEO seems committed to working towards cleaning up the organisation … we think RAF should be given space and time to do so,” he said.

Jim’s comments were made days after Independent Media reported that the RAF needs R49 billion in order to settle 45 000 claims that await settlement for periods ranging from five to 10 years.

The entity is facing a liquidation application that was launched by Maponya Attorneys which is owed over R20 million in fees.

It reportedly owes a panel of attorneys more than R17bn in unpaid claims against the backdrop of the R1.3bn in expenditure that exceeded its revenue.

Jim said his union was on record as having raised the alarm against the wasteful expenditure at the RAF in 2017.

He also said RAF has had huge debt levels for many years.

“Like all our SOE’s, the government has been a delinquent shareholder. The poor state of RAF occurred under the watch of this government and it failed to act, and now it is on the brink of disaster.”

Jim said while they were aware of the problems facing RAF, they rejected the liquidation as they believed other options should be explored to allow the entity to pay off its debts within a reasonable time without collapsing it through liquidation.

“Liquidation would be the worst case scenario as it will result in thousands of jobs being lost. But worse than that, it would mean that millions of citizens would not be compensated for road accidents.”

He also said they supported the action taken by RAF CEO Collins Letsoalo to replace the panel of attorneys.

“The RAF board and executive must act with speed and urgently investigate the conduct of the attorneys on the panel.

“If the investigation finds that over-billing occurred, that money must be recovered directly from the law firms.”

RAF justice: do lawyers care about court chaos or is it all about their back...
Scroll to top