You are here: Home1 / Opposition of the RABS Bill

Opposition of the RABS Bill

The LSNP is pioneering the opposition of the RABS Bill, the members having agreed to fund a campaign in terms of which the public is made aware of the proposed new legislation and to ensure that the LSNP engages all the roll players and decision makers to ensure that a well-researched, practical and transparent solution is reached in the decision making process. 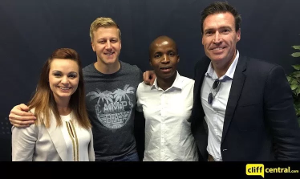 Various advertisements have been aired and numerous radio and television interviews have been conducted with members of the LSNP Council. The response from the public was encouraging and looking at the response of the Road Accident Fund, we definitely struck a nerve that enticed fruitful dialogue. In one of the interviews with Kaya FM, a representative from the DoT phoned in and cautioned not to: “frighten the public”. An interesting comment coming from the very Department that intends to introduce this “frightful” new legislation to the very public they are mandated to protect.

The RABS Bill was presented to Nedlac (National Economic Development and Labour Council) in November 2015. Nedlac is South Africa’s most important social dialogue structure and plays a vital role in the policy and law-making process in South Africa. Nedlac brings together representatives from Government, organized labour, organized business and the community to consider all socio-economic and labour law legislation. Nedlac considers all significant changes to social and economic policy before a Bill is introduced in Parliament.

The RABS Bill was criticized on various aspects by Nedlac, many of whom were concerns raised by the LSNP during the public Commentary process.

Some of the key issues raised by Nedlac were the claim and Appeal process as stipulated in the RABS Bill, which would amount to nothing more than “lip service” not offering the victim any objective chance of successfully claiming from the RABS Administrator or deny him or her access to Court should they feel aggrieved by any actions taken or not taken by the RABS Administrator.

As a result of the LSNP, RABS campaign and the awareness it created, members of the Council were invited to a recent SACCI (South African Chamber of Commerce and Industry) presentation on the importance of a RIA (Regulatory Impact Assessment) on all proposed new legislation. The implications of the RABS Bill was brought to the attention of the attendees and it was quite evident that the DoT would be well advised to require that a RIA be done of the RABS Bill prior to considering the implementation thereof.