Opposition parties are vehemently opposed to the no-fault system on which the new bill is premised, which will allow drunk and negligent drivers to claim for their injuries.

CAPE TOWN – The passing of a new law to replace the Road Accident Fund was scuppered in the National Assembly on Tuesday night after opposition parties cleared the House just before the vote, collapsing the quorum to get it through. 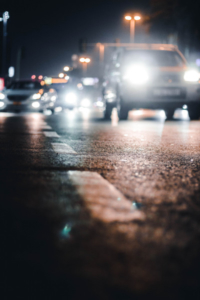 It followed fierce objections from the opposition benches, who argued that the bill would lead to a hike in the fuel levy, cost the state billions it has not properly calculated or budgeted for, and prejudice young and elderly accident victims.

But Transport Minister Blade Nzimande says the Road Accident Benefit Scheme will provide an alternative to the fund which is being fleeced at their expense.

Opposition parties are vehemently opposed to the no-fault system on which the new bill is premised, which will allow drunk and negligent drivers to claim for their injuries.

MPs say that running two systems while the scheme is phased in, will place an undue burden on taxpayers.

“We can’t afford RABS on a safety and financial basis. It will kill our people.”

The DA’s Chris Hunsinger: “Having to fund a dual system which would result in an increased fuel levy of up to 75%. This is unwarranted.”

Cope, the United Democratic Movement, the FFPlus and the ACDP all called for the bill to be withdrawn.

But the ANC says the new scheme will root out unscrupulous lawyers and doctors who have been benefiting from the Road Accident Fund at the expense of accident victims.