RABS in the Press 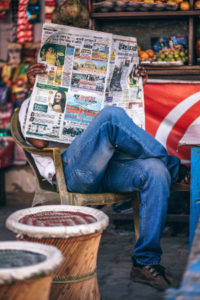 Mr Gert Nel’s comments on the latest article, are included below for your reference:

In response to New bill means attorneys and other agents will be big losers in RAF claims.:

Prof. Hennie Klopper is one of the most respected academics in his field and certainly one of the leading authorities on all things RAF.

The textbooks and articles written by Prof. Klopper are used by students and jurists alike and the reader can be assured that the facts stated in the article are true and correct.
It is no secret that the RAF is suffering from financial woes and had been doing so since its inception. In fact the RAF had been investigated by the Public Protector for their bad administration and mismanagement. A recent case in point is was the article that appeared in the Mail and Guardian of the 9th of March 2018, in which senior management of the RAF are being implicated in the award of a multimillion rand contract to Medscheme.

Quick to respond and draw attention away from itself by accusing attorneys for their “financial interest in the outcome of a litigated RAF claim” readers are misled by the writers lack of understanding of the Contingency Fees Act. These agreements are closely scrutinized by the Courts and offer the victim the opportunity to engage some of the best experts and being represented by some of the leading attorneys in their field, all the while at immense financial risk of the attorney.

The representative of the RAF fail to qualify nor gives any evidence of the research he had done to qualify his statement of attorneys “unlawfully taking fees”.
Mr. Dhlomo clearly has no understanding of the difference between attorney and client and party and party costs as it is common knowledge that party and party costs is merely a cost contribution recovered from the RAF to address the indebtedness to his/her attorney for services rendered. A situation which is not uncommon in any other form of litigation, be it RAF or otherwise.

The example given by the RAF on a direct claim is an interesting one giving a hypothetical settlement of R 1 million with a lot more going to the victims pocket as opposed to a represented matter.

It is no secret that the RAF under settles claims (see the matter of a paralyzed man being awarded R 25 000.00 by the RAF only to settle for R 4 million after being represented by an attorney, Pretoria News, 3 March 2015 and more recently the matter of Mr. Lebereko, offered R 200000.00 by the RAF, settled for R 2.3 million after being represented, Pretoria News 17 November 2017).

These are the “lucky victims” as there are thousands of direct claims that had prescribed in the hand of the RAF not realizing that the RAF will not entertain their claims.

Attorneys have insurance covering a victim against such an eventuality. The RAF does not and are actually obligated to hand these matter over to the respective Law Societies to sue the RAF for prescription.

Each person engaging the RAF directly is running the risk of either having his claim prescribe or being under settled.

Victims should engage the services of reputable attorneys to obtain a second opinion if they had direct relations with the RAF.

Closer scrutiny of the proposed Scheme reveals a clear risk to all South African road users especially the poor as they would automatically be excluded from cover as they would not have the financial means to engage the RABS Administrator.

Benefits are going to be reduced to allow for affordability allowing no financial security or rehabilitation after a traumatic road crash.

No fault is no guarantee of a claim against the administrator as the victim will be faced with the reality of engaging the Administrator of RABS unrepresented having to convince the case manager that he/she qualifies.

If their claims are denied they have to approach the same Administrator, on their own, without the benefit of proper medical reports and carry their own Appeal.

While it is indeed a fact that RABS will no doubt have an influence on the involvement of attorneys but with all the uncertainty and lack of transparency on the costing model of RABS all indications are that victims are going to be worse off and the taxpayer probably overburdened with having to fork out additional tax to allow for the sustainability RABS added on top of the current RAF dispensation.

It is clear that there is a lot more to the daily business of the RAF and especially the hope of the Department of Transport that RABS is the answer – there is still a lot of issues that need proper qualification and answers to allow a drastic and untested new Scheme to dictate the fate of road crash victims.

The RAF and Department of Transport should engage all the stakeholders and accept advice on cost saving as it is evident form the last financial statements of the RAF that they are in fact starting to save money negating the need to introduce a Scheme that will seriously prejudice the rights of the South African road accident victim.