You are here: Home1 / RABS2 / Similarities between the Road Accident Fund Amendment Bill, 2017 and the...

Similarities between the Road Accident Fund Amendment Bill, 2017 and the RABS Bill

Both these proposed Bills have exactly the same latent defect as it would be impossible to convince the relevant Committee, without knowledge of the tariff, that either of these two Bills will have a positive financial outcome, if introduced. 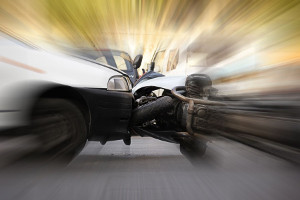 This proposed amendment in the RAF Amendment Bill, 2017 is aimed at improving access for victims to private health care services and to alleviate pressure on Government Hospitals.

It is clear that none of these objectives is capable of being reached as no private health provider will treat a patient at a tariff still to be determined and without any guarantee of being paid after the first 30(thirty) days.

Victims will be no better off after the amendment as they are destined to end up in a Government Hospital, either way.

I listened to Dr. Watson explaining to the members of the Portfolio Committee on Transport on the 28th of February 2017, close to three hours, in what dire financial situation the RAF is and what financial difficulties they currently experience and why change is needed.

Having listened to Dr. Watson and considering his argument and references to the RAF’s annual reports, it is resoundingly evident that the RAF will not survive the financial impact of the proposed amendments and it will not achieve the desired outcome.

Considering Dr. Watson’s argument, it is difficult to believe how the DoT is still convinced that by introducing a no fault private health liability on top of the RAF’s current financial exposure will result in a better financial situation for the RAF and/or Government at large, in fact it is destined to achieve exactly the opposite result.

The RABS Administrator will face the same challenges and this is why it is important that the Minister considers to refer the proposed Amendment Bill of 2017 and the RABS Bill, for a RIA, when these two Bills are introduced to Cabinet.

At a recent lekgotla the ANC expressed concern about rushed legislation which is exactly what the RABS Bill represent.

To prevent a similar fiasco as with the Electronic Tolling Bill, the Minister of Transport will be well advised to do as much as possible to ensure the proposed Bills meet all the relevant criteria before being signed into law.

Next > What’s Next for the RABS Bill?
Scroll to top