You are here: Home1 / News2 / RAF to change operating model in bid to become sustainable

The Road Accident Fund (RAF) has introduced a new strategic plan for the ailing state-owned agency. 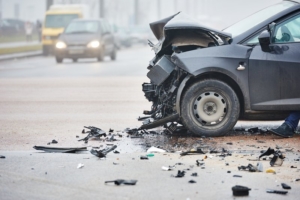 Letsoalo says the new model is moving away from litigation to claims management.

He adds the priority is early investigation and settlement of claims within 120 days.

“This model has seen the actuarial liability of the RAF increase exponentially especially over the last five year to more than R320 billion. Our short-term liability, mainly comprising of money owed to claimants, is sitting at R17.2 billion,” says Letsoalo.

“All the above attributable to this model and that has been anchored around litigation rather than investigating (and) than settling claims as provided in the RAF Act.”

Letsoalo says a system that has administrative costs that amount to 40% is unsustainable.

“That could not have been the intention of this Act, that those intermediaries must benefit to a greater extent,” he says.

Listen to Letsoalo below:

RAF says it has been operating on a model that in terms of the Satchwell commission...
Scroll to top
COVID-19 Lockdown Notice