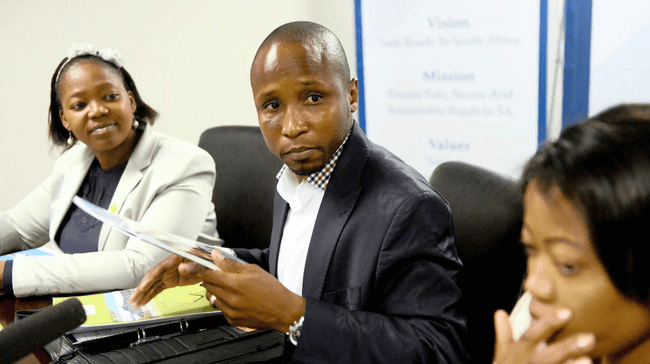 Johannesburg – Road Accident Fund (RAF) CEO Collins Letsoalo has cautioned judges against abusing their powers and overstepping boundaries when delivering judgments. This follows comments by a judge that in her opinion, the RAF should be liquidated, which Letsoalo has described as a judicial overreach.

Letsoalo further questioned how Judge Denise Fisher could deliver judgment and an opinion on a matter that was not before her. The judge had before her two RAF matters which were later withdrawn by the applicants after reaching a settlement.

Judge Fisher, however, declined to remove them from the roll on suspicions that the settlement amounts were grossly inflated.

She said the two cases represented a cautionary tale for the RAF and those who rely on it – which is all South Africans and especially those who are made vulnerable and suffered greatly as a result of motor vehicle accidents.

“This judgment deals with the reach of courts under circumstances where the parties have acted in concert with one another to settle a trial action under dubious circumstances and seek to avoid court oversight of the settlement.

“In both matters, the plaintiff and defendant say that they have settled and they are adamant that they neither need nor want the court’s imprimatur. This is perplexing because it has always been the practice in our courts that, when settlements of matters which are before a court ensue, the court in which the claim was instituted is asked to make the settlement agreement an order of the court,” she said.

Fisher said it was unusual for that not to occur. She added that both the attorneys for the plaintiffs, De Broglio Inc and the RAF sought to avoid the court’s oversight of the settlement agreements.

“What is of most concern, is that these two cases are not isolated instances, but are examples of a general approach which most courts are met with daily in their attempts at fostering and maintaining judicial oversight In the RAF environment. These cases expose defiant attempts by legal representatives to avoid judicial scrutiny of settlements entered into with the RAF under circumstances which are strongly suggestive of dishonesty and /or gross incompetence on the part of those involved,” said Fisher.

She went on further that based on what she had read and uncovered, it was her view that “the RAF should be liquidated/or placed under administration as a matter of urgency”.

“This is the only way that this haemorrhage of billions of rands in public funds can be stemmed and proper and valid settlements of the plaintiffs’ claims can be undertaken in the public interest,” she said.

Letsoalo, however, disagreed with the judge. He said to arrive at a conclusion of something that was not sitting in front of her was strange as what was brought before her had nothing to do with how RAF is administered.

“Its three matters out of 180 000 then you make a determination that the RAF must be put under administration or liquidated. RAF is the victim in this. There is a lawyer, a doctor, an actuary and a senior counsel who are defrauding RAF but because they are defrauding RAF, we are told RAF must close simply because it’s being defrauded.

“We are proponents of judicial oversight and we have on various occasions had meetings with the judiciary as the country’s biggest litigant. We have more than 189000 legal matters at any given time in SA courts. As such, there is a need that judges must not just agree with the settlements that people make. It’s important that they apply their minds and bring their experience to bear on those matters.”

Letsoalo added that the organisation has never refused judicial oversight and he question the decision of the judge to refuse the matter from being removed from the roll.

“There is a principle of ras judicata, this means a matter is already heard by a competent court and therefore it’s decided. There is a thing called a domitasse litas which means the initiator of what goes to court. If you’re an applicant you go to court. How can a judge say you can’t withdraw that matter? If an applicant goes to court and says I’m withdrawing the matter, the judge can’t just say we are keeping the matter on the roll. It just doesn’t make sense,” he said.

Letsoalo commanded the judge for scrutinising the settlements and discovering the price inflations. But he questioned why the judge did not recommend to the affected parties that they take appropriate steps against those fingered.

“We have said it on various occasions that there seem to be syndicates that are targeting RAF. It’s strange that an organisation can be put under administration or liquidated simply because it’s being defrauded. But what is interesting is that we just got a clean bill of health from the Auditor-General,” he said.

Fisher’s comments come as the RAF is entangled in a legal battle in the North Gauteng High Court in Pretoria with law firms that have called for it to be liquidated due to its inability to pay claims. The RAF has been operating at a loss for almost three decades. In a bid to turn the tide, the operating model of doing away with the panel of attorneys was proposed with a turnaround time of 120 days to settle claims.

That proposal has however been met with resistance and the organisation, along with Letsoalo, were dragged to court by the panel from of 85 law firms alleged to be refusing to return at least 180 000 files back to the fund.

Letsoalo said the problems of the RAF stem from 39 years ago and with the pending case in the high court, Fisher’s comments could influence Its outcome.

“We have a case that has been lodged and we think that the judge’s comments are inappropriate because they may have the capacity to influence the case that is already lodged. We are not trying to suggest that everything is hunky-dory at RAF but we are not where we were when we started.”