You are here: Home1 / News2 / Rewarding drunk drivers is absurd 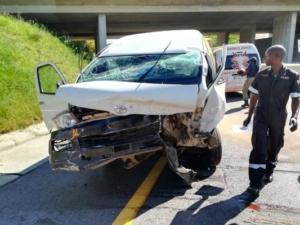 Common sense tells you, instinctively, that someone who causes a negative outcome because of his or her reckless action should be held accountable.

This country can surprise even the most cynical with the level of absurdity it can produce … and the Road Accident Benefits Scheme Bill is another good example of that.

The proposed legislation, which is before parliament and which will replace the current Road Accident Fund (RAF), introduces a radical “no fault” system for compensating road crash victims. This overturns the current process, which pays out those who have been seriously injured in accidents they were not fully responsible for causing.

In future, drunken and reckless drivers who are responsible for crashes in which there are serious injuries and in which they are also hurt, will be entitled to compensation.

As a consequence, says lawyer Kirstie Haslam, there will be less money available to pay out the innocent victims of criminal actions by other road users. That is not fair for someone whose life may have been dramatically changed by a drunk or reckless driver.

This new law will remove one of the societal punishments meted out to those reckless and drunken motorists who cause accidents – and says they won’t pay for their own injuries. That goes against common sense – which tells you, instinctively, that someone who causes a negative outcome because of his or her reckless action should be held accountable. It is also the opposite view of the insurance industry, which won’t honour policies where recklessness is proven.

This also comes as recklessness and drunken driving have, yet again, been identified as the main killers on SA roads by Minister of Transport Blade Nzimande.

The minister needs to seriously consider whether lessening the overall pain of these offences is going to help change road behaviour.