Over the past few weeks, the portfolio committee on transport held public consultations to gather comments on the proposed new Road Accident Benefit Scheme (Rabs) Bill. 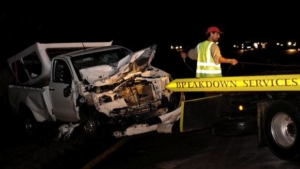 A common theme echoed in all the presentations, being that the bill, in its current form, will fail constitutional muster and that taxpayers will simply not be able to afford a dual system, essentially adding the financial demands of the new proposed Rabs on top of the already struggling Road Accident Fund (RAF).

Regardless of the comments, the portfolio committee passed a motion allowing the bill to proceed to the next phase towards enactment.

One of the attendees accused the committee of “legitimising under settlement”, referring to the thousands of direct claims being under-settled or left to prescribe in the hands of the RAF.

Concerns were also raised by the public regarding the affordability of Rabs, and they wanted an explanation as to how they intended to pay for both systems running simultaneously.

The committee accepted a request from the minister of finance to address it on the cost implication of Rabs on August 14.

It became apparent that neither the committee nor the department had engaged National Treasury on certain key areas of the funding model, relying on a qualified actuarial report in which it is stated that: “The analysis to arrive at the results is subject to a large number of uncertainties and even unknowns.”

National Treasury rejected the Department of Transport’s costing model for Rabs, saying “there simply is too much uncertainty”. In essence, National Treasury focused on reasonability, affordability and sustainability.

It remains unclear why the committee and the department are pushing to enact the Rabs Bill, despite the clear adverse financial impact it will have on taxpayers; clearly the makings of another e-toll debacle – the only difference is Rabs will affect every citizen.

One thing is certain. However compelling the submissions in support of the rights of road accident victims and taxpayers in general, the department has a lot of homework and explaining to do to convince National Treasury to secure its support, without which Rabs will just represent another fruitless and wasteful endeavour by the department.

Nel is a lawyer and RAF expert.