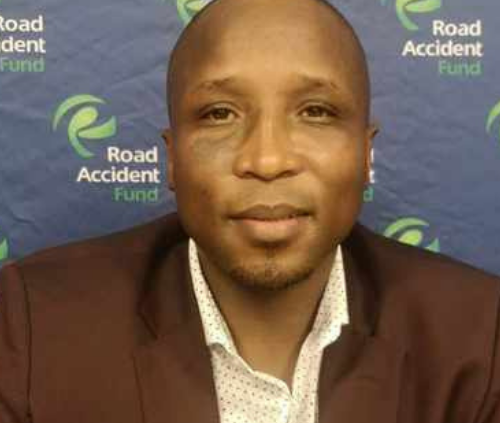 Pretoria – The Road Accident Fund (RAF) will no longer accept claims without a list of required documents such as accident reports.

This directive, issued in March, will remain in place, and whoever lodges a claim without the required list of annexures, will be turned away and told to return once all the necessary documents are at hand.

This is according to RAF chief executive Collins Letsoalo, adding that there would be no exceptions.

Letsoalo said the RAF had a host of “skeleton claims” which could not be finalised as the claim handlers had not received the required documents.

To streamline the settlement of claims and subsequent payments to road accident victims, the RAF board under the leadership of Transport Minister Fikile Mbalula embarked on a new strategic path, he said.

Letsoalo said one of the main problems was that many plaintiff attorneys lodge claims without sufficient information to enable the fund to investigate and settle claims within 120 days.

“This enables the attorneys to issue summons against the fund after the prescribed 120 days has lapsed, thereby charging legal costs.”

Letsoalo said the fund spends about R6 billion on legal costs in this regard.

The fund has a host of files which lack the necessary information; thus they have not been able to make any quantum offer. Without this information, he said, they cannot investigate and settle these claims within the prescribed 120 days.

“Our officials in the merits department have to spend 70% of their time calling attorneys for outstanding documents to be submitted. Our preliminary investigation established that at least 80% of claims already in our system have no required information to enable us to investigate and settle.”

To overcome these problems, the fund has issued directives making it compulsory that such documents inevitably required to assess, investigate and settle the claims accompany the form necessary to lodge a claim.

“We call upon all claimants and their legal representatives to co-operate with the fund in this regard,” he said.

Letsoalo said claimants, after all, have three years in which to lodge a claim, so they have ample time to gather this information.

Several plaintiff lawyers, are, however, questioning this move, and said it would especially hamper those who represent themselves.

Lawyer Gert Nel said in terms of Section 24(1)(b), the fund may not refuse anyone’s rights to lodge a claim, even if they don’t have all the required documents at first. He said it takes time to obtain documents such as an accident report, if it’s ever obtained.

Nel said the only requirement in law is that a claim needs to be supported by an affidavit and a medical report. The rest of the documents are supplementary and could be provided in the allocated time. “It is problematic that the fund shows claimants the door. The law is clear that all claims must be accepted.”

Lawyer JP Rudd, meanwhile, said in a letter to the fund that these directives are frustrating the rights of his clients to speedily lodge a claim.

He pointed out that the fund, in refusing to accept the lodgement of claims, has already resulted in two urgent court orders issued by a judge, in which the fund was told to accept the claim, although it did not adhere to the directive.

Rudd said the directive is of no legal force as only the transport minister can regulate and not the chief executive of the RAF board. Besides, he said, the directive was not gazetted.

‘Pay us or we let them die’, private ambulances threaten DOH and RAF
Scroll to top