You are here: Home1 / RAF2 / A simplified guide to the RAF current issues

A simplified guide to the RAF current issues 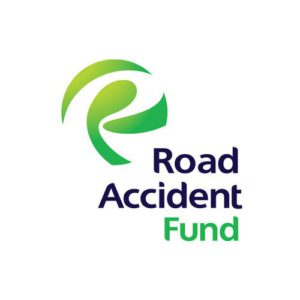 The RAF current issues are a concern for every road user in South Africa.  This blog explores some of the background and highlights some of the reasons for the current situation.

Life can have an uncanny way of moving us off our course or direction.  From a young age, we are taught to plan, to save money and to have goals.  But even the best laid plans can go awry, as many unfortunate South Africans who have been involved in road accidents can attest thereto.

Even the best maintained roads in the world are a dangerous place to be.  South African roads have an even greater threat.  Not only are roads not always properly or regularly maintained, but we also have a high volume of unlicensed drivers on our roads. [Read more about the Fake Driving License scam].

Road accidents in South Africa are alarmingly high and account for a vast number of deaths each year, as you can see in the following article:

This report highlights the number of reported deaths related to road accidents.  However, a far greater statistic is the number of injuries that carry with them long-term disabilities. This at huge cost to the individual and ultimately to the state.

What is the RAF?

At this point, I’d like to introduce the RAF, South Africa’s Road Accident Fund.  The purpose of the Fund, as described on Wikipedia is: “The RAF is a state insurer established by statute. It provides insurance cover to all drivers of motor vehicles in South Africa in respect of liability incurred or damage caused as a result of a traffic collision. Liability incurred in relation to property damage (such as damage to vehicles, buildings, vehicle contents) is excluded from cover. The Road Accident Fund operates a system whereby the claimant is assigned a percentage of responsibility for the accident, and the Road Accident Fund pays the claimant a percentage of a full settlement based on a percentage that was not deemed to be their responsibility. Insurance premiums are collected by the Road Accident Fund through a levy on motor vehicle fuel.” See full Wikipedia reference.

The RAF is primarily funded by a fuel levy, so a percentage of what you pay for petrol goes to the fund. In addition, it can boost its income via government grants or loans.

If you are involved in a road accident in South Africa, you may be liable to claim for compensation.  To gain access to compensation a victim must adhere to the statutory requirements of the Road Accident Fund Act 56 of 1996 as amended.

In terms of the Act, a victim may engage the services of a practising attorney to assist him or her with a claim against the Road Accident Fund.

In our experience, victims (and their families) are usually so traumatised by the event that they really do not need the added stress of dealing with ‘the system’.

Instead, it makes sense to engage the services of attorneys who are specialists in the field of personal injury claims in particular against the Road Accident Fund.

The Road Accident Fund has long been criticised for mismanagement and Government has been proposing the introduction of a newer scheme, RABS, The Road Accident Benefit Scheme for some years now as a replacement for the current RAF. It is abundantly clear that even with the slackened pace of payments by the RAF, under RABS the South African road crash victim will be far worse off.

There are several reasons why this system will benefit the victim and is discussed at length in our article on RABS.

Recently, a number of victims of road accidents, who were successful with their claims against the RAF have not received their payments.  As a result number of legal firms resorted to cease the RAF’s bank account in order to secure their client’s money [See: Minister speaks up as RAF crash fund stalls]

Is this really a financial disaster or just a forced catalyst to campaign for the introduction of  RABS by the powers that be?

For the attorneys dealing with RAF work, this is just a result and confirmation of what they encounter on a daily basis when dealing with the RAF, being gross mismanagement of the so-called “Sympathetic arm of Government”.

The current RAF system of compensation still remains the best piece of social legislation to be found, a blue print of why this legislation was created in the first place, affording the widest possible cover to a road crash victim.

Yet the Department of Transport and the RAF are campaigning at an alarming rate to have the RABS Bill approved which will have exactly the opposite result of the RAF making victims suffer twice, fist in the accident and secondly by abandoning them in their plight for compensation.

Read End of the Road for RAF? to see our point of view, as well as that of Pieter du Bruin, the chairperson of the Association of the Protection of Road Accident Victims.

How Much Longer Must I Wait?
Scroll to top