You are here: Home1 / GN News2 / The hazard lights are flashing for the Road Accident Fund 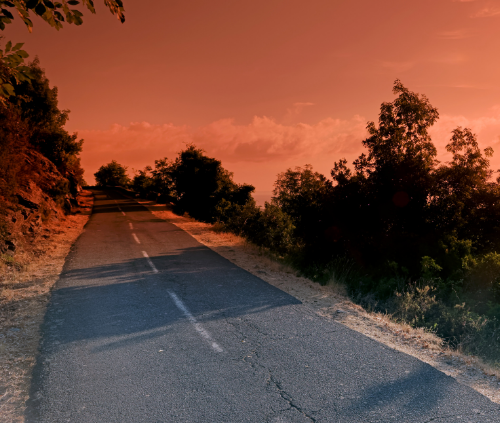 The Road Accident Fund (RAF) has made the news for all the wrong reasons over the past decade, with stories of financial mismanagement, non-payment of experts and possible insolvency littering news pages. The crisis is so bad that last week the RAF asked the North Gauteng High Court to bar sheriffs from attaching its properties for failure to pay successful claimants. This was granted, with debts older than 180 days to be paid before the end of this month, and the rest by 12 September.

Although some medical experts and attorneys owed money by the RAF are crying foul, CEO Collins Letsoalo says he is determined to pay experts what they’re owed, while cutting costs and rooting out corruption.

Speaking anonymously for fear of reprisal, a businessman (Mr X) owns a company that contracts medical professionals, such as orthopaedic and neurosurgeons, who write medico-legal reports on behalf of his clients – RAF claimants.

Mr X said some of his professionals hadn’t been paid by the RAF for their work done for well over a year, that they were owed R20-million, and that they were now suing him.

“We were on our knees, desperate. I refinanced our home. I was approached by someone in the RAF. I was told if we approached a certain person, we could come to an arrangement … He said he could facilitate payment as long as our paperwork was in order, for a fee. We negotiated on a handshake. I paid with cash and via e-wallets; there is a paper trail. Invoices were handed to him … weekly…”

Stories of corruption at the RAF are common but unproven. As one attorney who used to work with the RAF put it: “Do I know of corruption? Yes. Do I have proof such as would satisfy a court of law? No.”

Ms Y is a clinical psychologist working outside Johannesburg. She says she is owed R1.4-million by the RAF, and also prefers to remain anonymous. She says she has on “two separate occasions been interviewed by the RAF forensic department for reporting corruption”.

She says both occasions involved knowing people who would be willing to prioritise invoices for a fee. “The interpreters also informed me that the receptionists at the defendant [RAF] attorneys were taking bribes to prioritise appointments.”

Veteran Johannesburg neurosurgeon Percy Miller has been working “on and off” for the RAF for “15 or 20 years”. Miller says he is owed R8-million and knows of a colleague who is owed R5-million. He says he has no personal experience of bribes.

As part of a panel of experts, Miller says he met Letsoalo at the beginning of 2020. “He said we would ultimately get paid, but nothing’s happened.”

Lots, however, has happened to Mariette Minnie-Botbijl. Unqualified yet with a head for figures, Minnie-Botbijl has made a career out of what she and some experts claim is the RAF’s “incompetence”. Much like Mr X, she chases money owed to medical experts for work they have done for the RAF, “conducting medico-legal assessments of injured claimants, for use in court”.

She says her clients are owed R87-million.

From 2015 to 2018, Minnie-Botbijl says the RAF contracted a panel of medical experts such as orthopaedic surgeons, neurosurgeons and psychologists, with a set tariff for their reports. But it appears attorneys were allowed to choose their own experts if those on the panel were unavailable, and they charged what they wished.

Letsoalo, who spent a controversial spell as acting CEO of the Passenger Rail Agency of South Africa (Prasa), says overcharging by professionals is one of the issues he discovered when he arrived at the RAF in 2018.

“The RAF has been defrauded for years,” says Letsoalo. This is one of the reasons that the fund has been “bankrupt since 1981”.

“I am taking away overpayments; the RAF was being charged five times by medical experts what medical aids were being paid.

Miller says he is not aware of any report “that we have charged R32,000 for unless they were extra add-ons requested by the RAF, which is possible, because, as I say, one cannot go above RAF tariff”, which he says, for a neurosurgeon report, is about R12,000 to R14,000.

Irrespective, many tens of thousands make for a large sum, and Letsoalo wants to clear the RAF debt. He has to, if he wishes to adhere to the recent order granted by the North Gauteng High Court preventing any attachments of RAF assets.

He says the order has provided him with the breathing space needed to pay experts’ fees and cut costs.

From the R3.6-billion the RAF receives from the fuel levy every month (which fell during the hard lockdown, in tandem with the number of accidents), he says the RAF has to make payments of R4.2-billion.

One of Letsoalo’s methods of narrowing the funding shortfall of R600-million has been to dispense with the services of most of its attorneys. “Nowhere does it say litigate,” he says, referring to the function of the RAF as defined in the Road Accident Fund Act.

Of the R43-billion the RAF collects annually, Letsoalo says only R26-billion is spent on claimants. The balance is spent on lawyers (R10.6-billion), salaries (R1.9-billion) and the balance on “miscellaneous” items, such as experts and rent.

“We paid them [the lawyers] for doing nothing. So when their contract came to an end in 2018, I did not renew it. What we are doing now is in-sourcing. We can only outsource if we have inefficiencies.”

Letsoalo adds that when he arrived at the RAF in 2018, its debt was R17-billion. This has been reduced to R11-billion.

Dawie Weideman was one of many contracted RAF attorneys whose contract was not renewed when it expired in 2018. With a solid reputation of work for the RAF for more than 20 years, he says he believes that the inefficiencies are “getting worse”.

Weideman says that, currently, because the RAF regards “the victims as its clients and that they are there to serve the ‘victims’, the fraudsters are not caught”, in the process costing the RAF millions.

He voices concerns about the RAF using “unqualified personnel” and having a lack of knowledge of insurance and the law.

Plaintiff attorney Gert Nel, who says he has worked as an RAF claims assessor before, “specialising in personal injury claims for 20 years”, believes Weideman’s concerns are unfounded.

He says as a claims handler it’s not difficult to spot attorneys or doctors acting unethically. “State attorneys have been ring-fenced to do RAF work. I think the fund has it covered.”

Nel, a director of Gert Nel Attorneys, a firm specialising in RAF matters, says he supports Letsoalo’s actions since he occupied the CEO’s office.

“It’s a very positive move from where we were two years ago to now. The fund is owning up to long-standing payments, and reaching settlements quickly.”

Letsoalo, he adds, is the first CEO who is trying to save the fund money. “He seems to be … capable of pulling it out of the trouble it’s in.”

Nel says he believes Letsoalo’s “unpopular” actions, such as not renewing the contracts of RAF attorneys, have been blown out of proportion. He says that, on the upside, “over the past three terms, with the RAF not being defended by obstructing attorneys, plaintiff attorneys have found they can work directly with the fund, and negotiate a settlement. “We do due diligence, tick the boxes and, with no postponements, matters are settled and the fund saves money.”

Nel’s detractors say he’s obviously pleased with the new order of business at RAF because quick settlements suit plaintiff attorneys, who only get paid when cases are finalised.

Looking in from the outside is Pieter de Bruyn, chairperson of the Association for the Protection of Road Accident Victims (Aprav), a non-profit organisation that was formed by a group of concerned professionals. De Bruyn says Aprav agrees with the CEO that “it can’t be business as usual at RAF”, and that Letsoalo “has done well to stabilise things, with settlements happening and engaging attorneys”.

He expresses concern, however, about the lack of transparency. “When making plans for the survival of a R3-billion per month industry, there must be a consultative process, and at the moment there’s very little oversight from Parliament. The whole business happens behind closed doors.”

Which leaves us with the question of the fraud and corruption in the RAF, such as Mr X’s account of being bribed by an RAF staffer to have his clients paid what is due to them.

Letsoalo says they are rooting out the “bad apples”.

“We entrapped a lady here in December 2020. We suspended the whole management of Durban region (three staff), four in Menlyn, Pretoria, and we will keep on suspending people as we find them.”

In a little short of 180 days, Mr X, Ms Y, Percy Miller and many other medical experts should have their money.

They know where to go if they don’t.

What’s going on with the Road Accident Fund?
Scroll to top