Cape Town – The Transport Department has asked for additional funding to the tune of R27.5 billion from the National Treasury to bail out five of its entities that suffered massive revenue losses during the national lockdown. 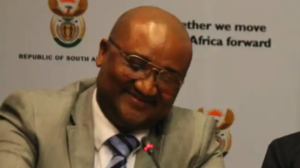 “The interventions and amounts that are being requested as an addition to what we on our budget could not cover and what we discuss with Treasury is R27bn to have the entities back into full operation,” head of department Alec Moemi said.

Moemi said the department has requested R2.4bn for Acsa, R300 million for Sacca, R6bn for Sanral, R17.2bn for RAF and R1.4bn for Sanral.

This emerged when the department briefed the transport portfolio committee on the implementation of level 3 of Covid-19 regulations on Wednesday night.

He said Covid-19 pandemic came at a time some of its entities experienced financial challenges.

Moemi also said Acsa – which normally generated its revenue from diversified streams – has been hit quite hard by the ban on flights.

“Thus far, the earliest estimates we have made and the calculations of loss of revenue and income amount in the region of R11bn,” he said, adding that they were negotiating with the National Treasury for cash injection and a government guarantee.

“Negotiations with the National Treasury are ongoing.”

Moemi also said Prasa, which could not open on June 1, has lost its 10% of annual revenue and “many of the things the revenue covered could not be covered”.

The entity could not pay the pension fund and the department intervened with cash injection as an interim measure.

“We need to have a long-term view in terms of restructuring their balance sheet.”

Moemi also said the RAF, which has accumulated debt over time, posed a threat to the national fiscus.

Covid-19 came at a terrible time for the entity which was embroiled in legal battles with law firms over contracts.

The RAF has suffered a R6bn loss in fuel levy as no one was travelling and few were using fuel.

“If we do not make an urgent intervention, they will run out of cash and not settle claims,” he said.

Moemi also said Sanral, which was struggling with e-tolls, could not collect revenue as few cars went through the tolls and there was no travelling between provinces.

“This added pressure on the Gauteng Urban Tolling Project we had all along,” he said, adding that the rating agencies had downgraded the entity.

“We are looking at emergency funding for Sanral. Already we and the National Treasury reprioritized R2bn injection.”

Moemi said they were also negotiating with New Development Bank to see if it could not grant them favourable rates despite its downgrading by rating agencies.

The other entities have also experienced their own share of financial challenges during the lockdown.

Moemi said the Railway Safety Regulator, which had put its shortfall at R15.8m, would actually record an annual R120m shortfall and its budget would be reprioritised.

The Road Infringement Agency would need R280m to stay afloat after its losses plummeted by R23m a month.

He said the traffic points demerit system, which was to be rolled out in July, would be delayed probably until the new financial year next April.

The Cross Border Road Agency of South Africa received R100m out of the R104m it lost in permit revenue.

The South African Civilian Aviation Authority required R300m due to no revenue collection, except for limited income from cargo movements.